Healed by Grace 2 is just that kind of movie. It is Dove Approved for all ages. Healed by Grace 2 release in digital format on 8/20/18 and releases on DVD on 9/18/18. I was able to watch a digital screener version of the movie for this review. About Healed by Grace 2 Ten Days of Grace

Jesse is approaching her 15th birthday and the only gift she desires is a horse. Unbeknownst to Jesse, her mother Brandy is in the throes of a cancer diagnosis which has Jesse’s father jumping through unexpected obstacles. He signs Jesse up for summer camp, but when summer camp falls through he decides to have her stay with her estranged grandfather, an old gruff horse trainer named Gauff. Gauff, still recovering from the death of a special horse named Grace, now faces the challenges of teen negotiation. Gauff finds he must swallow his pride and ask his daughter Brandy for forgiveness. A humorous and inspiring story of how God’s grace works in mysterious ways.

Jesse’s mother Brandy, estranged from her father,  didn’t know that her husband had dropped Jesse off with him. Jesse finds out that her mother had a cancer scare and no one told her. Gauff, Jesse’s grandfather, has to come to terms with his behavior while he was raising his daughter. While Brandy is racing to get to her father’s to get Jesse, Gauff, prays for forgiveness, and apologizes to his granddaughter. When Brandy & Jesse are reunited, Brandy tries to take Jesse home, but she doesn’t want to leave once she finds out her mother will be fine. While there, Brandy confronts her father about his behavior when she was a kid. He admits there is no excuse for his behavior and that he thought she was better off without him in her life. He then gets down on one knee and begs for her forgiveness, and a chance to start over.

Healed by Grace 2: Ten Days of Grace is available on Amazon and
ChristianBook.com
.

Enter below to win a Healed by Grace combo pack.

Turns out that Gauff – the cantankerous horse trainer – has a dark past that includes a messy divorce and hopelessly strained relationship with his adult daughter Brandy, who won’t even speak to him. But when Brandy experiences a health scare, Gauff finds himself looking after his 14 year old girl granddaughter – whom he was unaware of just days before! It’s a heartwarming tale of connection and reconciliation set in a scenic and inspiring equestrian setting.

Healed By Grace I

Riley Adams dreamed of being a world class dancer, but a horrific accident brings her dreams to a standstill. Faced with her greatest setback, Riley clings to her faith, determined to recover in time for the national competition. Through equine therapy, she discovers a special bond with a beautiful mare named Grace, and a most unexpected burgeoning romance as well! Just when it seems the old Riley is back, disaster strikes and it seems all her efforts will come to nothing. That is, until God’s grace appears from a most unexpected place.

Healed By Grace is a charming film series placed in an idyllic equestrian setting.

Enter below! Be sure to read the terms and conditions on the Rafflecopter form!

Next PostMaking a Home – Homemaking Link Up
Previous PostAre You Washed in the Blood of the Lamb? 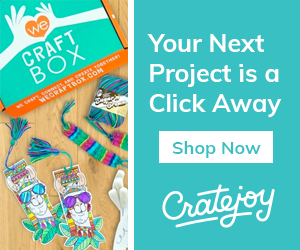