I recently received the DVD 23 Blast to review. I was very much looking forward to seeing this movie, as I didn’t get to see it when it was out in theaters. I was also excited to see it because it is set in a small Kentucky city not too far from where I live. 23 Blast tells the story of teenager Travis Freeman, a hero both on and off the football field. Travis contracts an infection that destroys his optic nerve and causes him to go blind overnight. Can you imagine it?! One day you can see, and the next morning you are blind!

23 Blast shows what a great high school football player Travis is, then shows his illness, and the aftermath of his going blind. At first, his parents let Travis just hang out in his room, not pushing him to get his life back. Travis doesn’t like the therapist he has been to a couple of times, so he stops going.

Thankfully,  his therapist comes to his house looking for him. She won’t let him sit in his room any longer feeling sorry for himself. She gets him out, walking around town, learning to use his cane. In the course of their time together, Travis tells her how much he misses being in school, and how he would like to go back, but that he can only go to a blind school now. What a great therapist he had, as she not only encouraged him to work towards returning to his high school, she taught him what he needed to know so it would become a reality.

It was not Travis’s idea to go back to playing football. His former coach came up with the idea, and his friends worked with him until he was able to learn his new position, and play again.Travis demonstrates what true bravery is: He continues to compete on the gridiron and helps his team advance to the state finals. Yes, a blind football player did that!

There are several very funny scenes in the movie. I won’t spoil them for you, but I did laugh out loud! And I did replay one scene a few times to make sure everyone in the family saw it. lol

23 Blast is rated PG-13 (brief drinking of alcohol on school property) and has a run time of 1 hour and 42 minutes. Don’t let the rating scare you, I think this movie should have been rated PG instead.

23 Blast is a great family movie that shows that with hard work difficulties, illness, (and yes, even blindness), can be overcome, so we can live our lives to the fullest, and that our dreams can still come true.

To find out more about, and connect with 23 Blast, visit their social media pages:

Check out the 23 BLAST BOWL Official Website — 1 Grand Prize Winner Will Receive: 5 23 BLAST DVD’s, an Autographed football from TONY DUNGY, Super Bowl Winning Coach and All Pro Dad National Spokesman, a pizza party for 8-10 guests, and awesome memorabilia from the film! It’s a great opportunity for a small group gathering. You can also find all sorts of conversation starters, discussion guides, and other free resources!

Enter to win your own copy of the 23 Blast DVD Simply fill out the Rafflecopter form below. Be sure to read the terms and conditions at the bottom of the form!

Disclosure (in accordance with the FTC’s 16 CFR, Part 255: “Guides Concerning the Use of Endorsements and Testimonials in Advertising”): Many thanks to Propeller Consulting, LLC for providing this prize for the giveaway. Choice of winners and opinions are 100% my own and NOT influenced by monetary compensation. I did receive a sample of the product in exchange for this review and post.
Only one entrant per mailing address, per giveaway. If you have won a prize from our sponsor Propeller / FlyBy Promotions in the last 30 days, you are not eligible to win.  Or if you have won the same prize on another blog, you are not eligible to win it again. Winner is subject to eligibility verification. 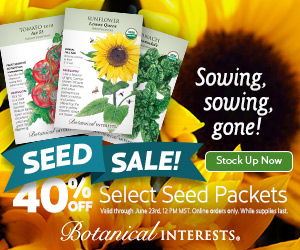