With more new originals and exclusives than ever before, this is the year to celebrate Christmas with Pure Flix! There are 190 movies to inspire and encourage the whole family this season, you’ll experience the difference that positive entertainment can have.

Pure Flix has made celebrating Christmas even easier this year! Join Pure Flix each week as we explore new movies and themes that will enhance and illuminate your Christmas season! Discover miracles, romance, family fun and much more when you celebrate Christmas with Pure Flix. New movies and shows are available every week!

This week, the new movie is Moonrise. Country singer Will Brown (Granger Smith) pushed away his family, fame and faith after his wife’s death. It’s his daughter and a talented horse trainer who show him strength, forgiveness and grace to live life again.

Moonrise is a poignant film about family, faith and healing.

Will, the father can’t handle anything since mothers death. Including dealing with his children. The kids are starving for his attention. He doesn’t even notice when daughter hacks off her hair herself. But then typical dads don’t notice haircuts most of the time either. lol

It takes his daughter getting hurt to bring him around. to realize that even though wife has passed, his kids are still there. And so is his music.

There is a very touching moment when dad and daughter are talking after dad gets thrown from horse, which is how his wife died. He asked daughter why her mother went for ride that night, if he had been home she would still be there. Daughter said but she’s not. and you left us too. when we needed you the most.

Will had found a present under the tree after the mother died, he was too upset to open it. He had his daughter open if for him. The gift from his wife was a shell fossil that she had found on their property, with a lovely note. She told to him to always move forward.

He finally realized that even though his wife had died, that he needed to keep moving forward with his life for the sake of his children, and himself. He finally returns to singing in public again

Moonrise is a great movie that the whole family can watch together. I enjoyed it, and I think you will, too!

Moonrise helps reminds viewers that our stories are never done. Even when we think our story is set in stone, with faith and perseverance we can keep growing forward.

Enter the giveaway to win a 3 month subscription to Pure Flix! This is limited to US winners only, and only to those who have NOT won a subscription in the last 6 months.

To enter, simply fill out the Rafflecopter form below!

Disclosure: Many thanks to Pure Flix for providing a sample of the product for this review. (I watched an online screener) Opinions are 100% my own.

Next PostMaking a Home – Homemaking Link Up
Previous PostNoel 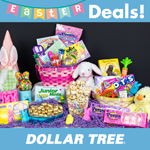 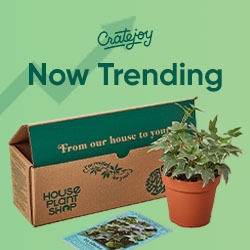