FFH has released their first ever Christmas album!

Press Release for FFH:
(NASHVILLE, Tenn.) Sept. 30, 2011– Best-selling pop group FFH will usher in the holiday season with its first Christmas album. One Silent Night, available Oct. 18, is a mix of original songs and Christmas classics.

Produced by FFH founding member Jeromy Deibler, One Silent Night has been four years in the making. Giving in to the persistent appeals of loyal fans, FFH has crafted a project worthy of your holiday music collection.

Listeners will recognize favorites like “Winter Wonderland,” “I’ll Be Home for Christmas,” “Baby It’s Cold Outside,” and “Jingle Bell Rock,” among others, while being introduced to new tracks including “The Birthday of a King,” “Glorious Impossible,” and “One Silent Night.”

Deibler comments, “We just feel blessed to be able to make this record and wanted to do the kind of Christmas music we like to listen to, something that’s not trendy but more of a classic style. For us Christmas is about remembering… slowing down to see what is important. And being reminded of the glorious impossible that was the birth of Christ. We hope this album reflects that desire and inspires others to do the same.”

FFH plans to support the album with singles “One Silent Night” and “Baby It’s Cold Outside” to radio Oct. 1 as well as select tour dates in November and December.

About FFH
Pop vocal group FFH has released thirteen projects, sold more than two million albums, and garnered 24 radio hits, including seven No. 1 singles and ten Top 5 radio singles. In addition to multiple Dove Award nominations, FFH has been recognized at the Inspirational Life Awards as well as the Billboard Music Video Awards. The group has performed more than 1000 dates since 2000 and continues to be a favorite on the tour circuit. FFH is also known for its work with the “Make-A-Wish Foundation,” Kurt Warner’s “First Things First Foundation,” and for its contributions to national ad campaigns for Coca Cola and IBM.

I love this Christmas album! In addition to several of everyone’s favorite Christmas songs, there are 3 new songs, “The Birthday of a King,” “Glorious Impossible,” and “One Silent Night.” I really love the chorus of One Silent Night:

One Silent Night
One Holy Night
When all was calm
When all was bright
With no one to kneel
And no one to see
Heaven came down
And changed everything.
Man on the earth
Receive her King.

The music on this album varies widely with something for everyone, from slow songs to fun, upbeat songs. My kids have enjoyed listening to this album with me. Even though it’s not even Thanksgiving yet. lol

FFH has their own You Tube Music Channel, but, alas, there are no songs from this new album. You can, however, listen to clips on iTunes

You can also visit FFH on their website, Facebook and Twitter.
Thanks to Propeller, I get to give away one download of their album. No cd, the winner will receive a special link and can then download the album to their computer. Just complete the Rafflecopter entry form below!

*Disclosure of Material Connection: I received one or more of the products or services
mentioned above for free in the hope that I would mention it on my blog. Regardless, I
only recommend products or services I use personally and believe will be good for my readers.
I am disclosing this in accordance with the Federal Trade Commission’s 16 CFR, Part 255:
“Guides Concerning the Use of Endorsements and Testimonials in Advertising.” 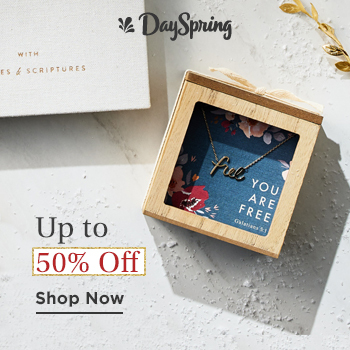