If your not sure what the Ultimate Blog Party is, click on the graphic above to take you to the 5 Minutes For Mom where the party is happening at.

If you’re visiting from the UBP, Hi! I’m Linda, stay at home, homeschooling mom of 6, married for 31 1/2 years. I’m originally from Cape Cod, Massachusetts, now living in the Hills of Kentucky. My children are now 26, 25 (and married!), 18, 17, 14 and 12. We have always homeschooled, and the oldest two were graduated from our homeschool. I now have two seniors. Pretty soon, I’ll only have two students left! I haven’t had only two students since 1994!

My family is active in our church and we run the clothes closet as a family ministry.

I started blogging in 2003 (yep, all the old posts are still here!), but didn’t get serious about it until about 3 years ago. Now when I take a picture, or the kids do something funny, they say, “Don’t blog that!” lol

I am also an Independent Tupperware Consultant. I’m trying to do mostly online parties, since home parties take me away from my home a lot. You don’t have to live near me to have an online Tupperware party!  🙂

I have a few posts that I share on a regular basis. I usually share a post, In the Kitchen With Linda, with my weekly menu and my kitchen activities on Mondays. On Tuesdays, I have a Making a Home – Homemaking Linky where you can share your posts about homemaking, recipes, crafts, decorating, ideas and tips. On Thursday’s I host a giveaway linky. You’ll find some awesome giveaways to enter, and you can add your blog giveaway to the linky, too. Fridays find me sharing in Our Homeschool Week in Review. I share about our gardens and animals in Saturday on the Farm. On Sundays, you’ll find a video of a song that I love and that speaks to me.

In between those regular posts, I love to do reviews and giveaways.  Finding quality movies, tv, and books for your family can be hard now a days, so when I find something that looks good for the family, I share it. I really love when I get to host a giveaway of these family friendly products. I also do homeschool reviews for The Schoolhouse Review Crew.

Thanks for stopping by to visit Linda’s Lunacy! I hope you drop by again! To make it easier to visit, there are several ways to follow Linda’s Lunacy over in the sidebar.

Thanks again for stopping by! I don’t take very many quizzes on line. In fact, I block all the quizzes on Facebook. I really don’t have the time.
But when I saw this one come through I knew that I had to take it.. I love Fiddler on the Roof, so I just had to take it. 🙂
I am Golde!

Take the Fiddler on the Roof quiz at ChaiSpace.com

I think it fits me.

“You could die from such a man!”

Here was another fun quiz to take. Albeit long. I took this awhile back. Like a long while back. But, hey, I got a good score! lol

So enjoy the quizzes. Let me know your results if you take them. 🙂

I started out in January making Blog Goals for the first time. Then quickly posted Amended Blog Goals before the month was out. lol

February found me have having another birthday. Wait until you see what I have planned for my birthday this year!

In March, my daughter gave me a Makeover and Photo Session. I still use one of the pictures as my profile picture!

In May, I shared how we make Acne Soap. This soap really works great for my kids, and everyone that we’ve shared it with.

In June, I got a new laptop! ah….I could spend more time blogging without hogging the family computer! My family thanked me for letting them have their computer back. lol

July found me starting The Bible in 90 Days Challenge. There’s a new session starting on January 3rd. Come join me in reading the Bible!

In August, my OpenSky Shop opened! I was so excited. lol I still love having my own OpenSky Shop!

My favorite post from September, is a Wordless Wednesday picture of my daughter. I love it!

In October, I completed The Bible in 90 Days Challenge!  I shared The Country Woman and Her Gun. There’s a reason I named my blog Linda’s Lunacy. lol  I started a new blog hop called Sunny Saturday, and I’ve been having so much fun with it.

November found me sharing about Our Thanksgiving and Our Advent Season. I shared lots of our family traditions. This month, I also have a great time participating in the Holiday Gift Giveaway Hop. I had so much fun participating and giving away great gifts. I even won a couple! I’m participating in another awesome hop, The Handmade with Love Winter Giveaway Hop, in February.

In December, I shared some more of our family traditions with Our Chanukah, and Our Christmas.

According to my stats, here are the…..

I find it interesting that 8 out of the 10 are for food! lol 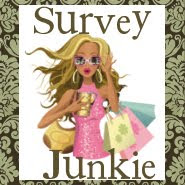 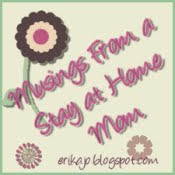 This week’s Featured Guest Blogger is Linda at Linda’s Lunacy. Linda’s Lunacy is a blog that consists of homeschooling, crafts, reviews / giveaways and blog hops! Go check it out!

1.Follow ALL 4 of your hostesses. Please make sure to leave us comments (we do follow back). Link up to this hop by adding your blog to the linky list below. Please remember this is NOT a “giveaway link up” also keep the language clean and family friendly.

2. Please feel free to grab our Cornucopia of Blog Hop!
3. Please also follow this week’s Featured Blogger Linda’s Lunacy. Each week a new featured blogger who will be chosen at random, but you must be participate in the weekly link up – that’s how we will choose a new featured blogger every week! So please come back every week & link up because you could be our next featured guest blogger! 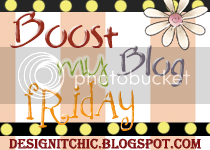 Next Page »
For God so loved the world that He gave His only begotten Son, that whoever believes in Him should not perish but have everlasting life. 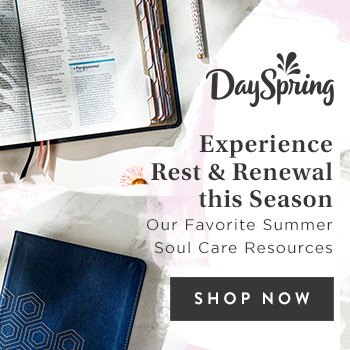